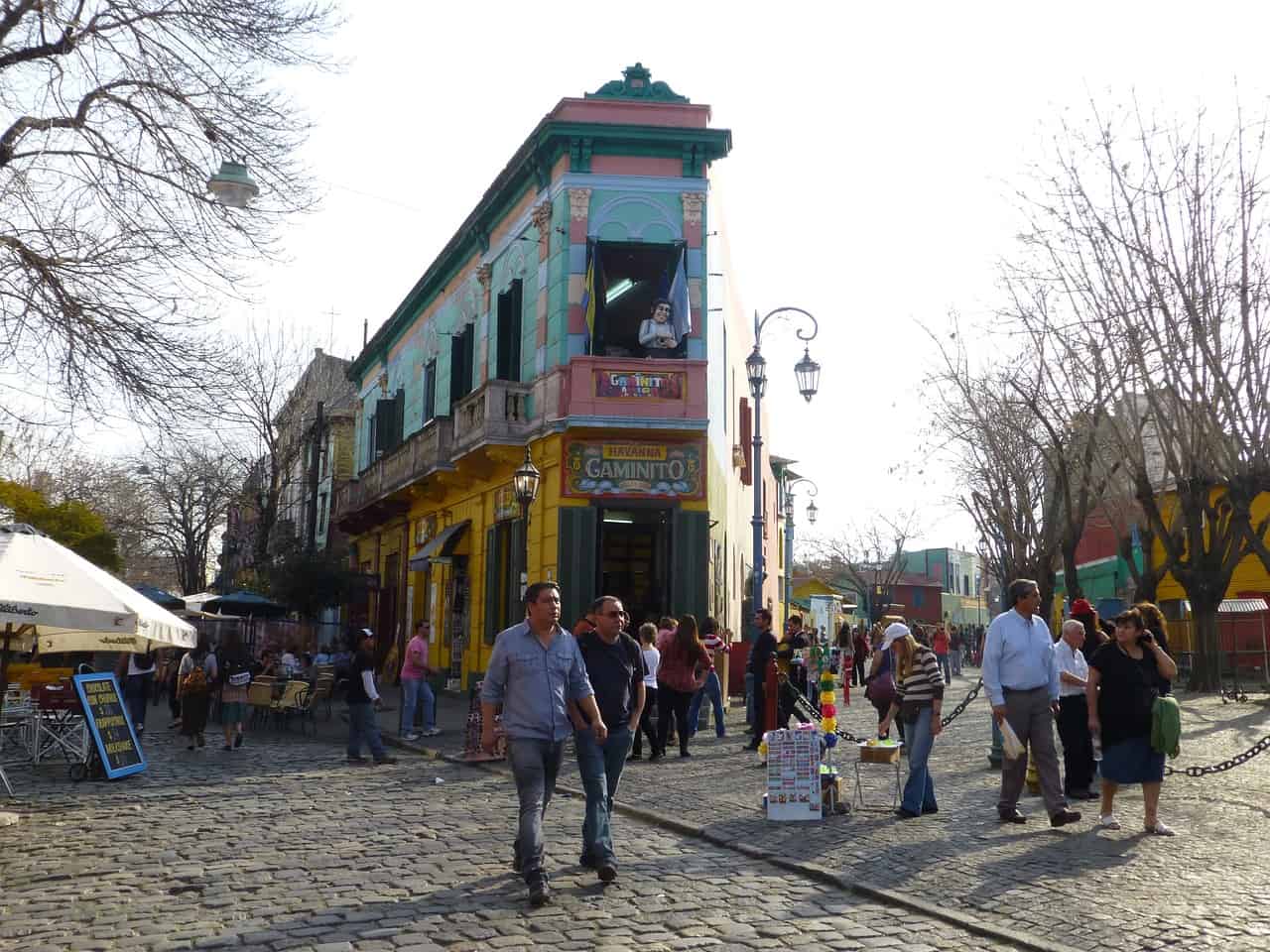 I got mugged at gunpoint Buenos Aires.

This month, on my way to the christening & naming ceremonies for two new ships from Atlas Ocean Voyages, I stopped in Buenos Aires for a night.  I had brought my baby sister Megan along on this trip, and that evening Atlas hosted a cocktail party at the Alvear Palace Hotel.  We met our fellow travelers and afterwards I wanted to take her to see the La Boca neighborhood, known for it’s colorful buildings, art galleries, murals, restaurants, music & nightlife.  La Boca is typically a must-see stop on any visit to Buenos Aires, I’ve been before, but a key mistake led us into a dangerous situation that could have been tragic.

Here is what happened

We took an uber from the hotel, La Boca is only 10 minutes or so away, and he dropped us a couple of blocks away from the main tourist area.  We weren’t in the right spot, but I didn’t think much of it.  I pulled out my Google Maps and we would walk the rest of the way, a couple of blocks.  I hadn’t traveled with my sister in years, we were having a blast, lost in conversation and completely oblivious to our surroundings, when we heard many footsteps running up behind us.  We were between street lights, it was dark, and there were suddenly 8-10 kids surrounding us, yelling “give us everything!”  One of them swung something at me and as I put my arm up, it glanced off my forehead.  It was a pistol.  He pointed it at my head, and another had a pistol at my sister’s ribs.  I took everything out of my pockets and gave it to them and Megan did the same.  They patted me down to be sure I wasn’t hiding anything, and then they ran away.  The whole thing lasted less than 10 seconds.

We ran up the block and around the corner, and two police were standing there, it seemed like 50 yds from where this had happened.  We asked them for help, and they seemed annoyed and disinterested, like we were interrupting them.  One of them waved me off and said “I don’t speak English”, but eventually they offered to take us to the police station to file a report.  We declined, it was late in the evening and we had a 6:15a breakfast with Atlas.  Also, to be honest, I did not trust them.  So I asked them to take us to a taxi and we eventually made it back to the hotel.

We spent the next hour or so calling spouses and our banks to have our cards canceled.  Then I laid awake the rest of the night thinking about what happened and how much worse it could have been.  My sister had a bruise and scrape on her hand from where she grabbed the gun to push it away from her (what a badass!) and I had a bruise and small scratch on my forehead from where the kid knicked me.  I am grateful that we got out of it without getting seriously injured or worse.

When I refer to them as kids, I mean it.  It was dark but from what I could make out, these boys were no older than 14 or 15 years.

What I did wrong

My big mistake, and in my opinion the reason that this happened to us, is that I let my sister book the uber instead of booking it myself.  It is entirely possible that the uber driver was in on it, and he dropped us away from the tourist area on purpose.  Things like that happen, but I don’t have any evidence of that and I wouldn’t jump to that conclusion.  What is more likely, is that she typed in “La Boca” and it just programmed a map point at the center of the neighborhood.  I was not thinking when we got out of the car, and I didn’t realize we weren’t at the right spot until he had pulled away.  Looking back, I wish I would have asked him to take us to the right spot.  Lesson learned.

Luckily we did not have our passports on us, or it would have ended the trip right there.  They also didn’t take my grandfather’s watch or my wedding ring, both of which I was wearing but they somehow missed, and which would have been a painful loss.  We both lost our wallets and cell phones, an expensive headache but not the end of the world.

We were also very fortunate that the good people we were traveling with really helped us out.  They gave us cash and even an extra cell phone to use for the remainder of our trip.  We went on to have an incredible experience with Atlas Ocean Voyages, sailing 3 nights onboard the World Traveler.

There are a few things that I learned from this experience that are worth sharing here.

First and foremost, be aware of your surroundings, and avoid dark & empty streets.  Buenos Aires is an incredible city, I am going back already in February, but it has serious poverty.  Any city that has poverty has an elevated risk, and unfortunately this describes a great many cities all around the world, including my own.  I lived in downtown Dallas for awhile, where muggings like this were commonplace, and two people were once robbed at gunpoint right below my living room window.

Know exactly where you are going and be sure you get dropped off in the right spot.  If possible, go with a guide or a local.

Don’t carry valuables if you can avoid it.  Keep important docs like your passport back in the safe in your room, don’t carry all of your cash with you, and leave your good jewelry at home.  I lost less than $200 cash, but it was all the cash I had with me and I wished I had left most of it back at the hotel.

Have important phone numbers & details handy in case of emergency.  It took awhile to find the right phone numbers, passwords etc to use to cancel our credit cards, and to lock down our cell phones.

Backup your phone!  I ignored “storage full” warnings for years because I didn’t want to pay for icloud, and never got around to backing up my photos to another service like google drive or dropbox.  I lost every photo & video I ever took with my iphone – all of those memories, all of the photos of my kids, gone forever.  It’s by far the most difficult loss from this.

If it does happen, do not fight.  Give them everything and get them away from you as quickly as possible.  Nothing in your possession is worth your safety.

I have walked through neighborhoods like this a hundred times all over the world, and maybe my luck ran out.  I’ve dealt with pickpockets, purse-snatchers, scammers, aggressive panhandlers and almost everything in between, it happens everywhere.  In New York last April, my wife and I were at dinner at a sidewalk restaurant when a bunch of kids snatched two ladies’ cell phones off of the table behind us and ran.  I’ve seen many people become victims of these little schemes, and all of them only let their guard down for just a moment.  Unfortunately that’s all it takes.

This was my first experience where guns were involved, and it was harrowing to say the least.  The next morning at breakfast we talked with some of our fellow travelers about what had happened, and heard some of their own stories.  One of our reps for Viking Cruises was on a walk in Budapest, turned down the wrong street and was attacked in broad daylight by a gang of young men just like this, but they put him in the hospital with a broken jaw and leg.  I shudder to think what could have happened to us, and especially to my sister.

I’ll be that much more careful in the future, but I am not going to let this make me fearful when I travel.  Every destination worth visiting is susceptible to these things, you just have to be careful.  The world is a dangerous place, that is an important fact to understand when you travel, but not the most important.  All my experiences traveling have convinced me that people are generally good.  Even this one.  I know what I did wrong, and I won’t let it happen again.

I’m excited to go back to Buenos Aires in February, and drink a beer at a colorful cafe in La Boca.