Starting at $3699 per person, double occupancy

Follow a path forged by crusaders, kings and conquerors through Hungary, Serbia, Croatia, Romania and Bulgaria. Immerse yourself in new cultures and make new friends as you travel from splendid Budapest to dynamic Bucharest, discovering the best that the revitalized nations of Eastern Europe have to offer along the way.

Gaze in wonder at the lofty spires of Hungary’s Parliament Building as it rises majestically above the Danube in Budapest. Sit down for friendly, intimate meals with farmers in Croatia and enthusiastic locals in Bulgaria. Uncover scores of little-known treasures, including the picturesque Bulgarian hill towns of Veliko Tarnovo and Arbanassi and the surprising rock-hewn churches of Ivanovo—a UNESCO World Heritage Site. Step back in time to investigate the history and legends along the Danube while you cruise the Iron Gates. Tour Belgrade by bicycle and visit the Dictator’s House, Ceausescu’s Palace.

From Budapest to Bucharest, Roman ruins to medieval fortresses, this journey will reveal the unstoppable resiliency of the human spirit, as well as the highlights of this spectacular region. The adventure of a lifetime awaits you.

Who will enjoy this cruise/tour:

Day 2 | Bucharest
Arrive at Bucharest Henri Coandă International Airport. If your cruise/tour package includes a group arrival transfer or if you have purchased a private arrival transfer, you will be greeted by a Uniworld representative and transferred to the hotel.

Day 3 | Bucharest
Get to know the bustling heart of Romania’s capital city with a full day to explore Bucharest on your own.

Day 4 | Bucharest, Transfer to Giurgiu (Embark)
Bucharest is a fascinating combination of Communist grandiosity, elegant French-influenced 19th-century buildings and surprising survivors dating from the 1500s. Today in Bucharest you’ll enjoy a panoramic city tour or a walking tour in the old Lipscani district. Later, you’ll travel via motorcoach to Giurgiu, where your ship awaits.

In the evening, a special Captain’s Welcome Reception and Dinner will be prepared for you.

Day 6 | Vidin
Vidin is a port town on the Danube that once played an important role in medieval Bulgarian politics, as the great fortress Baba Vida attests. It’s your base for an unusual excursion today—a visit to the fascinating Belogradchik rock formations. Or you can head to a local’s home to bake a traditional Bulgarian dish called banitza.

Day 7 |Cruising the Iron Gates, Donji Milanovac, Golubac
Today’s main attraction will be the spectacular scenery along the Danube, as you cruise a stretch of gorges known as the Iron Gates. Later, head ashore to explore a Paleolithic site and an extraordinarily well-preserved medieval fortress. All along the way, history lines the banks of the river. Keep an eye out for Trajan’s Plaque, which the ancient Romans erected to commemorate the road they anchored in the steep cliffs above the water, and Golubac Castle, built in the 14th century and attacked successively by the Serbs, Magyars and Turks.

Unwind onboard as you cruise the breathtaking Iron Gates, an 83-mile-long (134-kilometer-long) stretch of scenic gorges that were cut through the Carpathian and Balkan mountains over eons by the Danube River. These gorges, which act as a natural border between Serbia and Romania, are among the most dramatic and beautiful sights in all of Europe. This was one of the swiftest and most dangerous stretches of the river before two dams were built: Iron Gate I and Iron Gate II. Construction on the dams began in 1964 and took 20 years to complete; they have dramatically altered the area’s landscape, raising the water level by 114 feet (35 meters) and drowning several islands and villages.

Day 8 | Belgrade
Belgrade, the modern-day capital of Serbia, is one of Europe’s oldest cities, dating back some 7,000 years. Signs of its tumultuous history are visible everywhere, juxtaposed with the city’s vibrant modern-day present.

Day 9 | Vukovar (Osijek), Batina, Mohács
Welcome to Croatia! This ancient country, which has made a remarkable recovery from a brutal civil war, is noted for its beautiful countryside and thriving folk traditions, as well as simple, delicious local rustic food. You’ll dock in Vukovar, Croatia’s biggest port, at the confluence of the Danube and Vuka rivers.

Day 10 | Budapest
Located on opposite sides of the Danube, Buda and Pest each have their own distinctive character and allure. Explore this dynamic and multifaceted city with your choice of excursions—you can see it from a local’s perspective on our walking tour, cover more ground with a panoramic tour or “Let’s Go” with a guided bike ride. Vibrant Budapest, Hungary’s capital, offers an enchanting combination of East and West.

Choice of Budapest Communist Tour or Budapest panoramic highlights with synagogue visit
In the evening, a special Captain’s Farewell Reception and Dinner will be prepared for you.

Day 11 | Budapest (Disembark)
Disembark the ship. If your cruise/tour package includes a group departure transfer or if you have purchased a private departure transfer, you will be transferred to Budapest Ferenc Liszt International Airport for your flight home. Or you can extend your stay in beautiful Budapest with our exciting optional post-cruise extension. 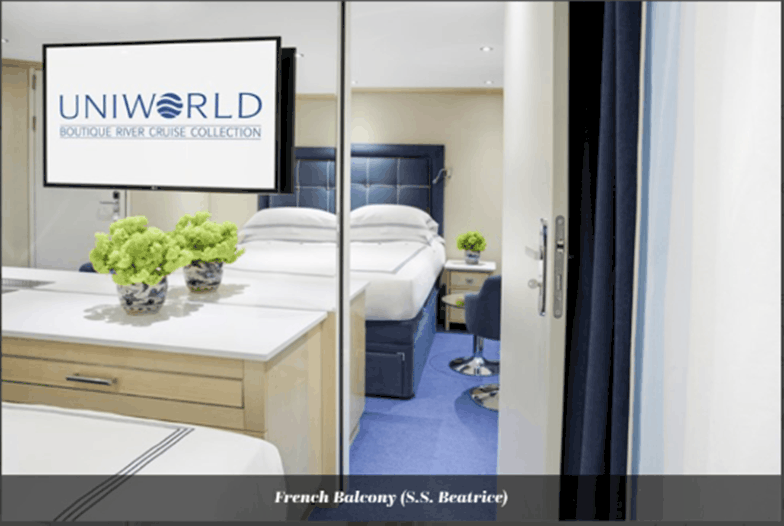 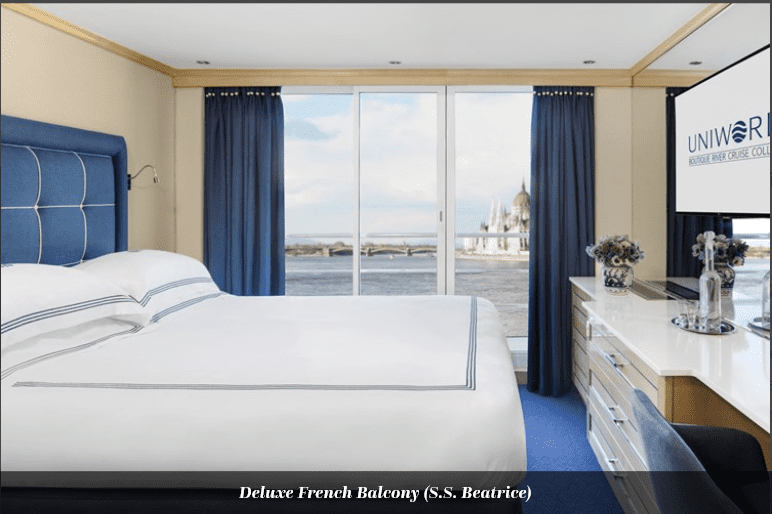 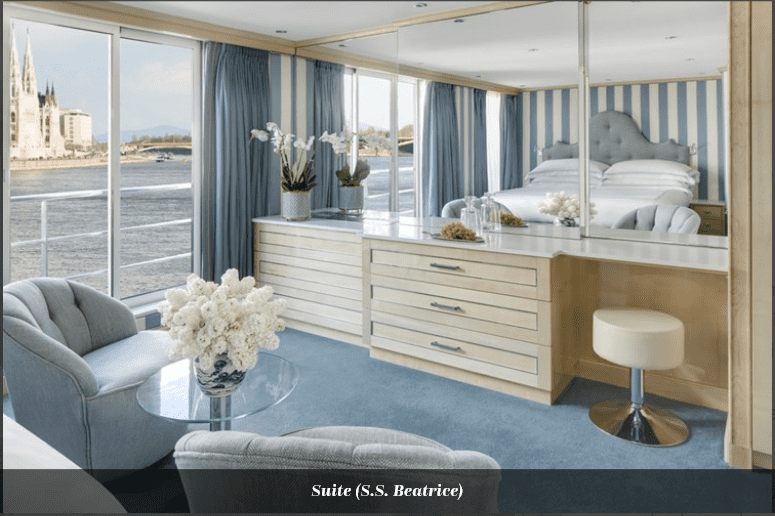 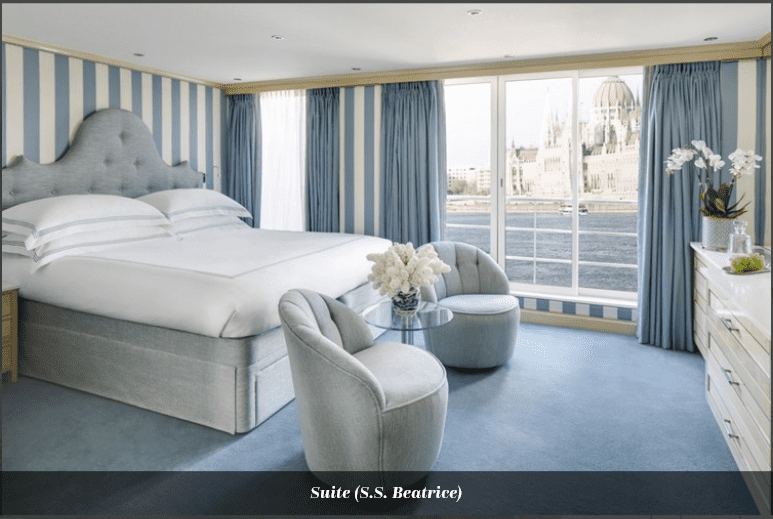 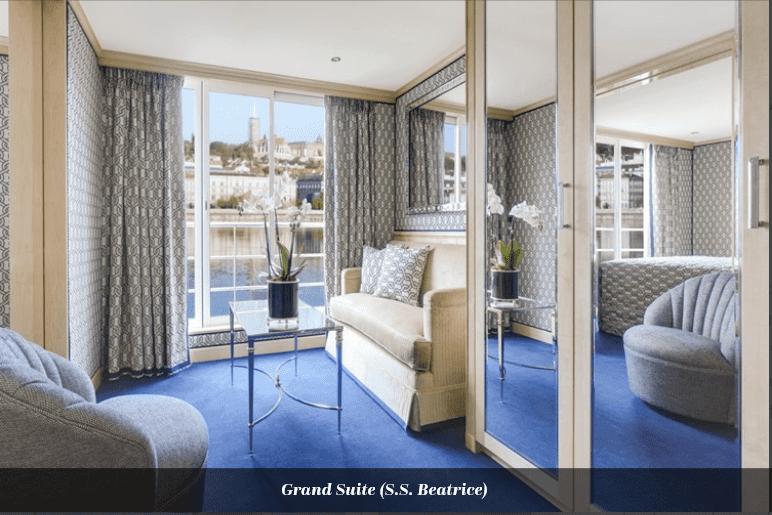 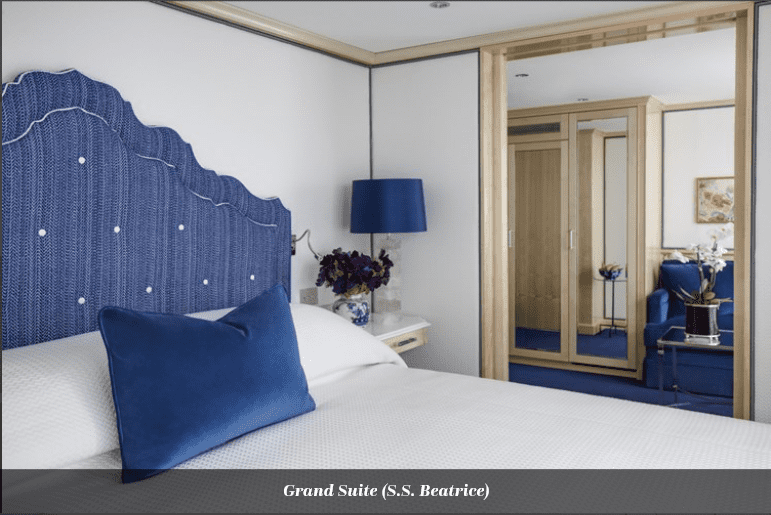 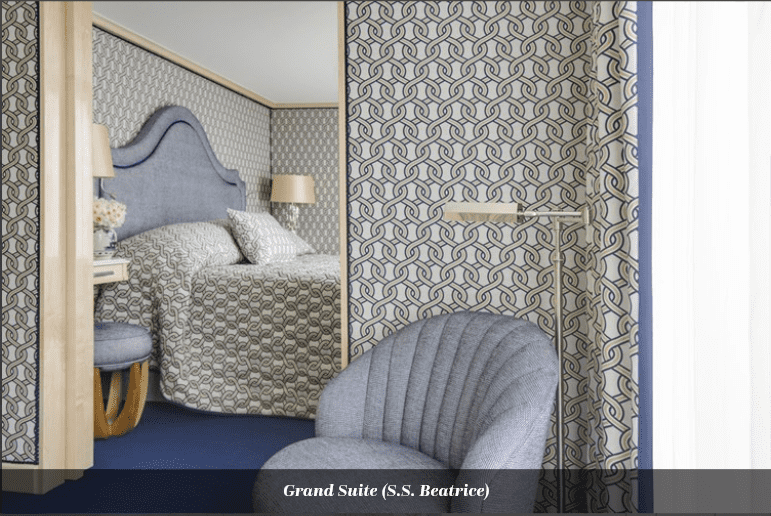 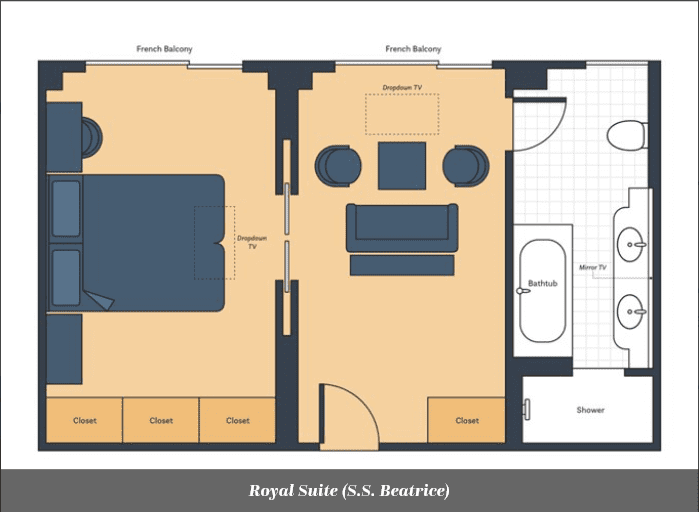 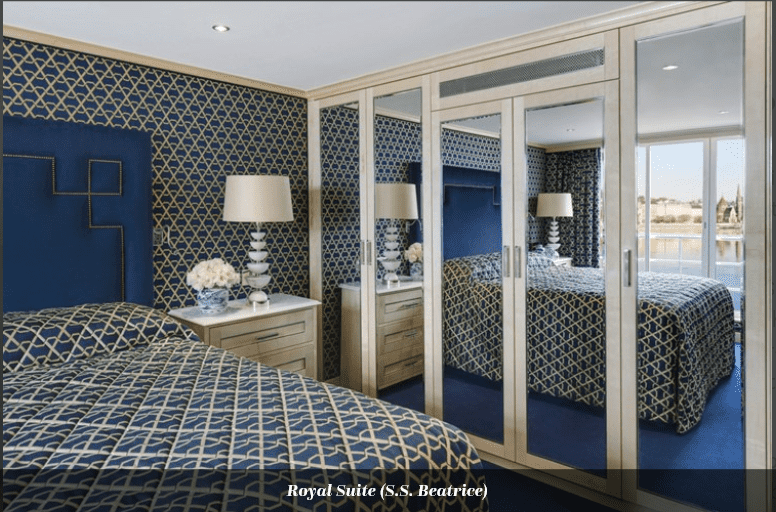 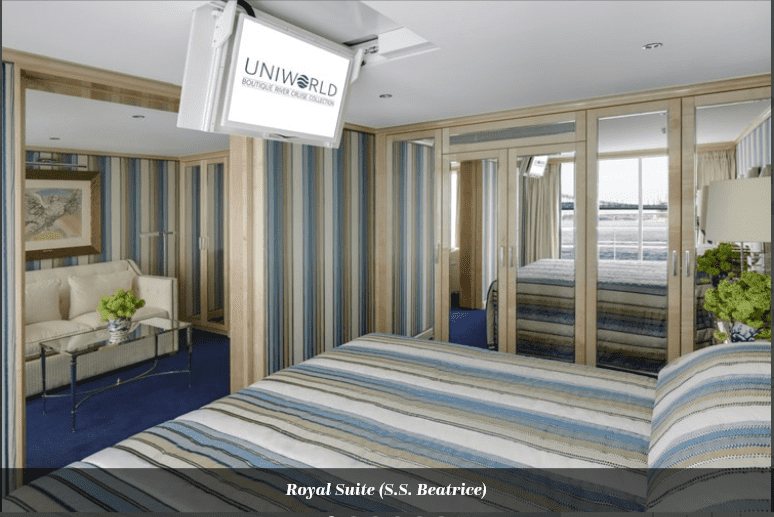 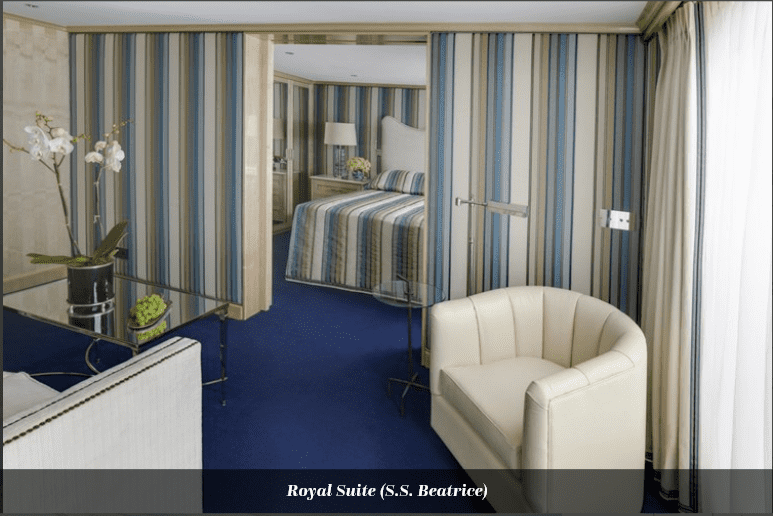 A VALID PASSPORT IS REQUIRED FOR TRAVEL.

AS OF THIS WRITING A NEGATIVE COVID TEST IS REQUIRED PRIOR TO DEPARTURE AND CLIENTS ARE REQUIRED TO BE FULLY VACCINATED.

FULL LEGAL NAMES must be given as stated on PASSPORT. Please send us a copy of your passport.


IMPORTANT INFORMATION:
YOUR REQUIRED PASSPORT MUST BE VALID 6 MONTHS AFTER THE RETURN OF YOUR CRUISE.  “PASSPORT CARDS” ARE NOT VALID FOR OVERSEAS TRAVEL. If you are not an American Citizen, you are responsible to have proper documentation to enter any of the ports of call.  Failure to do so may result in being denied boarding.   If you reside outside of the US or Canada, please check with your consulate to see if you need a visa.  If you do not have proper paperwork, you could be denied boarding.

INSURANCE:
Cancellation insurance is highly recommended.  Insurance information will be provided to you.  If for some reason you have not been given an insurance application, please call our office immediately.  Please read the information brochure carefully before sending payment to the insurance carrier. If you have a pre-existing condition, insurance must be purchased before final payment is made.  If you wish to purchase “cancel anytime” insurance, it must be done when deposit is received.  Insurance does not cover a pandemic.

SHARON CARR TRAVEL IS NOT RESPONSIBLE FOR WEATHER-RELATED OR MECHANICAL DELAYS.  Any out of pocket expenses caused by airline delays are the sole responsibility of the client and any refunds due are at the sole discretion of the airline.  Client must contact the airline directly for any reimbursement.  Once again, INSURANCE IS HIGHLY RECOMMENDED.

RESPONSIBILITY:
SHARON CARR TRAVEL are not the source or supplier of the travel services included in this package and they act solely as an agent for the actual suppliers of such service and assume no liability for injury, damage, loss, accident, delay, war, insurrection, vendor bankruptcy, pandemic, revolt or other civil uprising, other military actions, strikes or any Act of God occurring in either the country of origin, destination or through passage, or for any reason whatsoever.  The suppliers whose names appear in the information supplied are those who are responsible for providing the travel services purchased SHARON CARR TRAVEL will not be held responsible should any of these suppliers fail to provide the travel services purchased SHARON CARR TRAVEL will not be held responsible for any loss or damage to luggage during the tour.  Also SHARON CARR TRAVEL will not be liable regarding provision of medical care or the adequacy of any care that may be rendered.  Acceptance of the Tour Contract will serve as a Release of Liability and Assumption of Risk Agreement.  This agreement is binding on your heirs, legal representatives and assigns. If, for some reason, a trip must be rescheduled due to any of the above reasons, participants are bound by the new dates of travel, and can only obtain a refund if insurance has been purchased and insurer is contractually bound.  SHARON CARR TRAVEL IS NOT RESPONSIBLE FOR WEATHER RELATED OR MECHANICAL ISSUES. 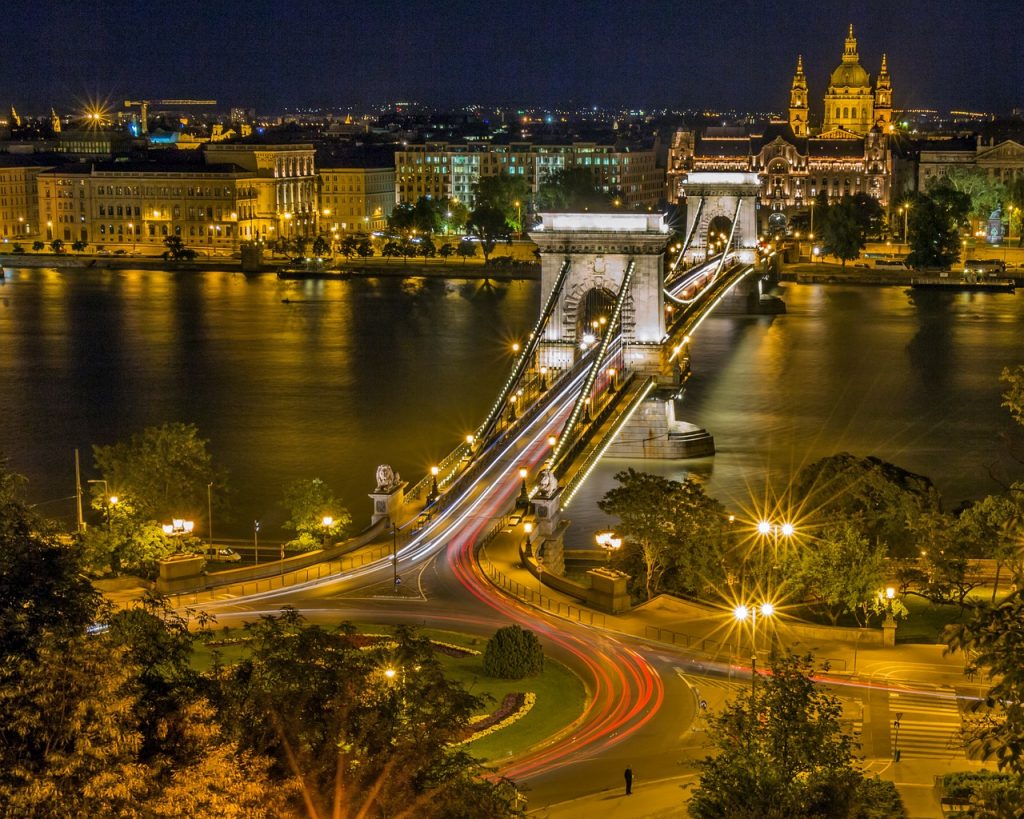